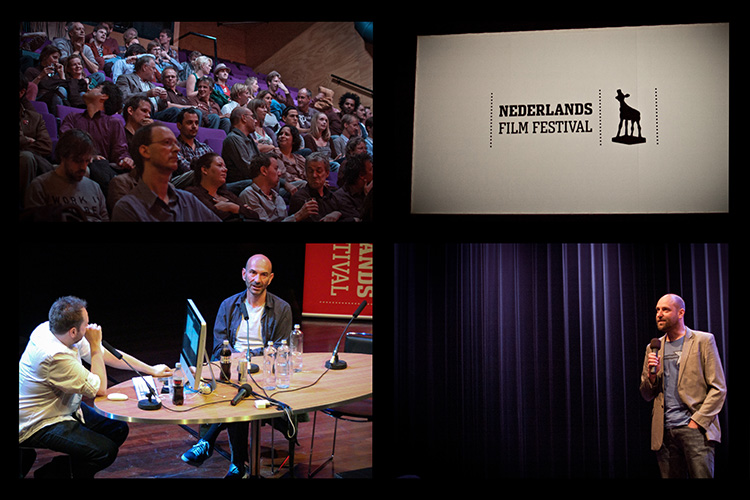 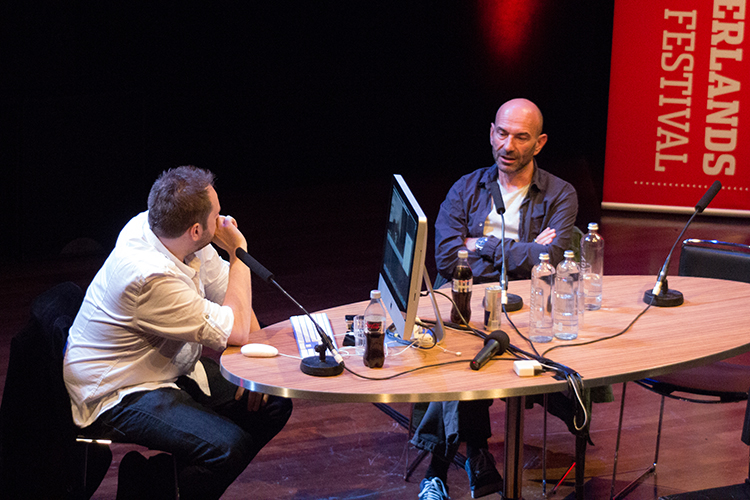 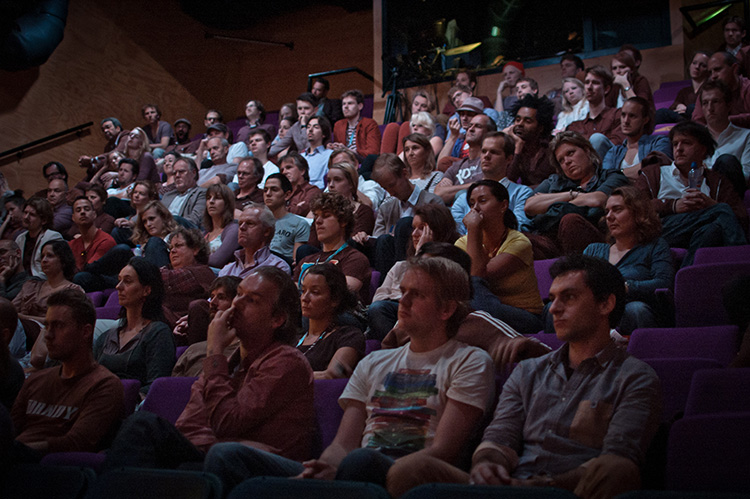 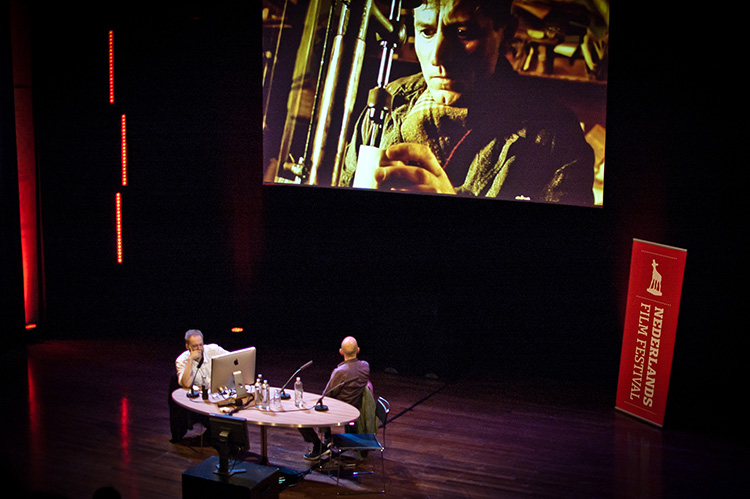 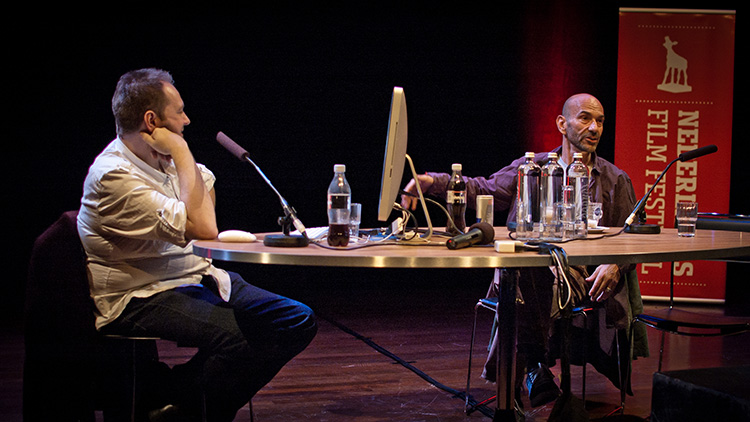 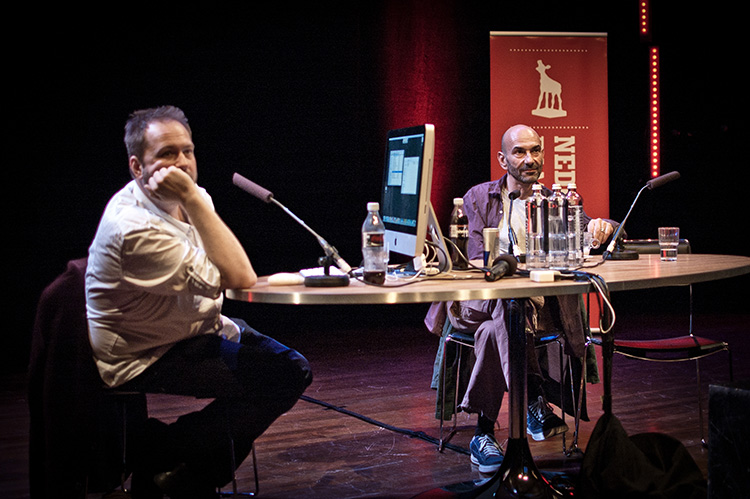 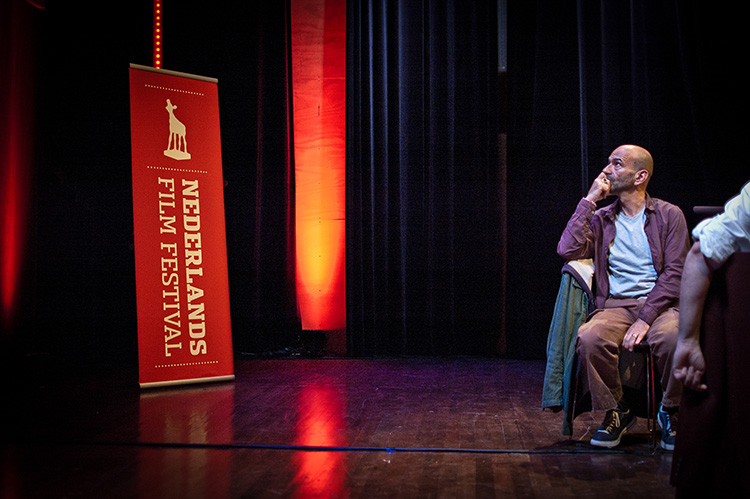 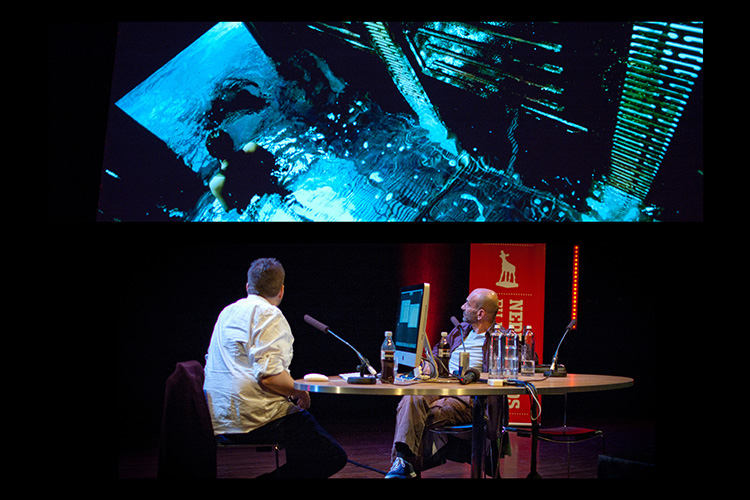 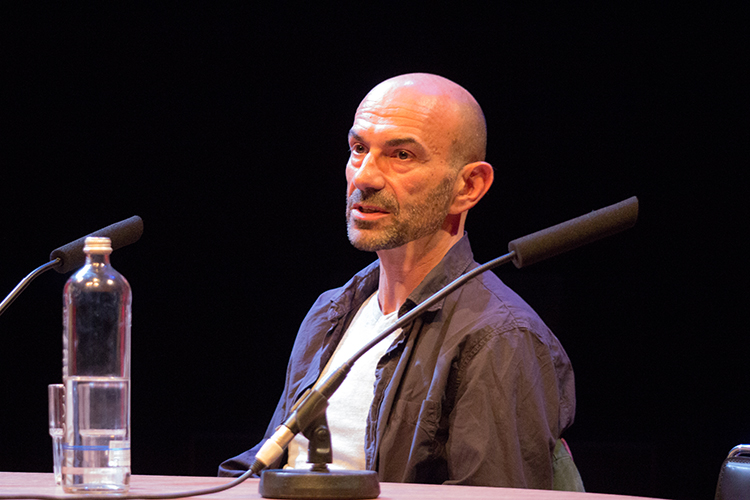 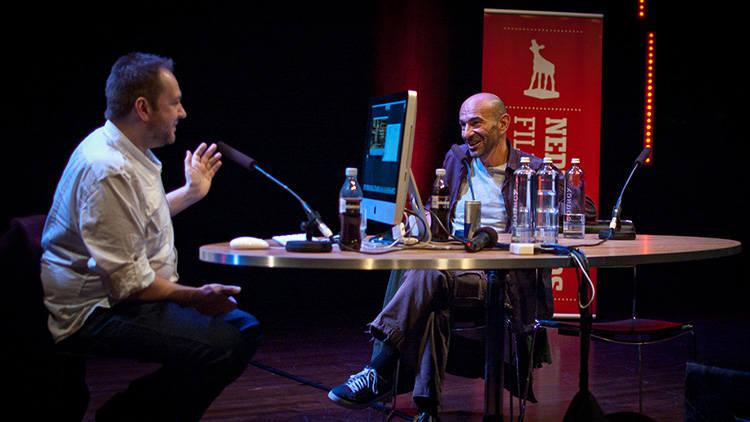 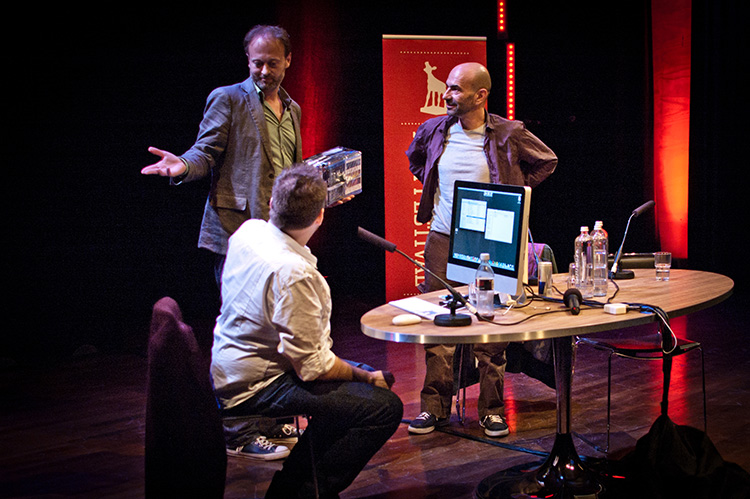 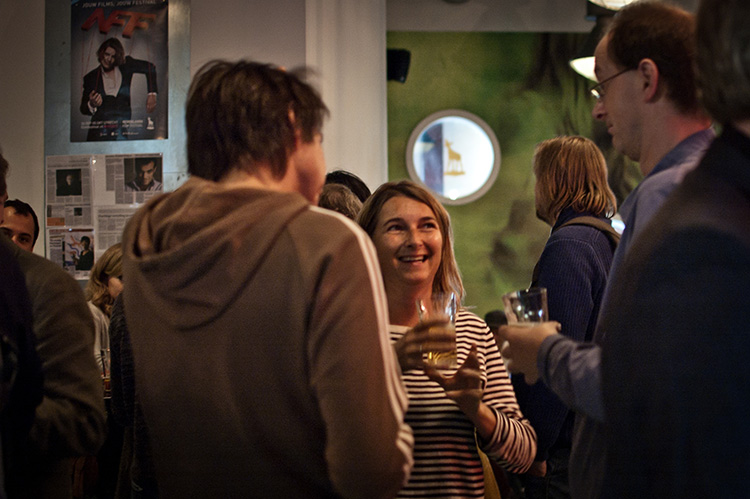 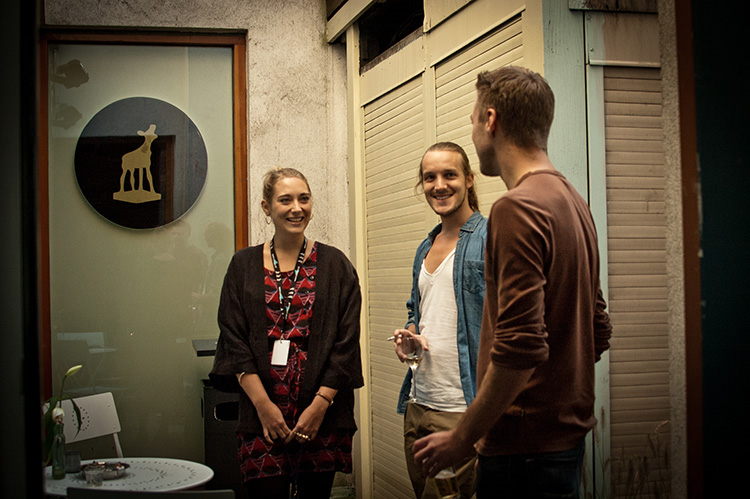 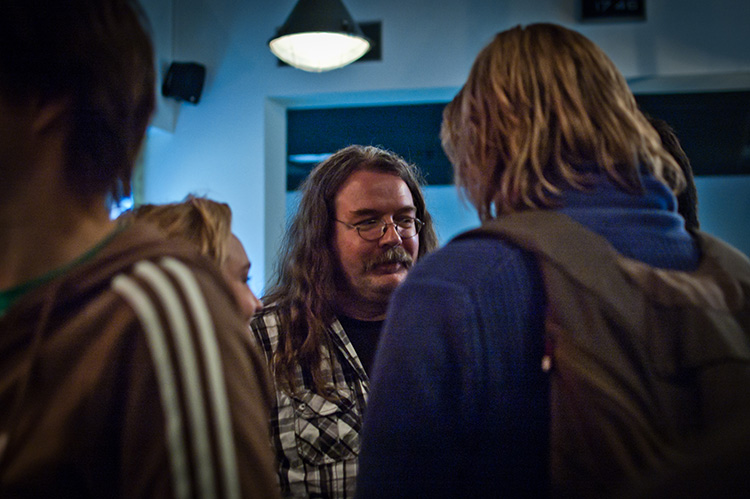 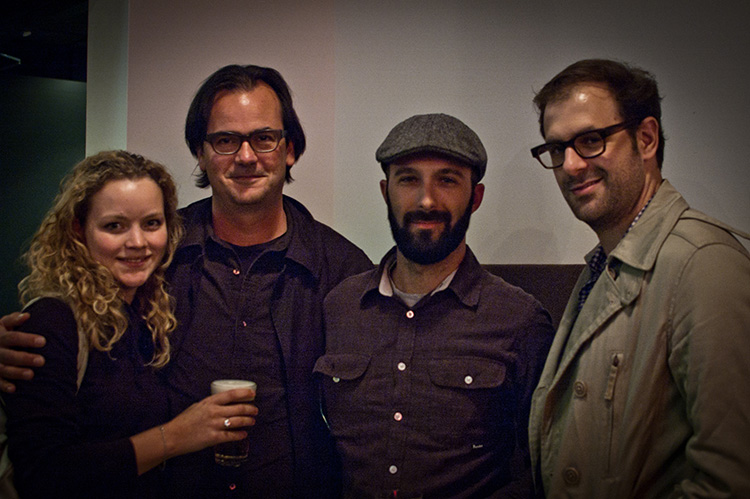 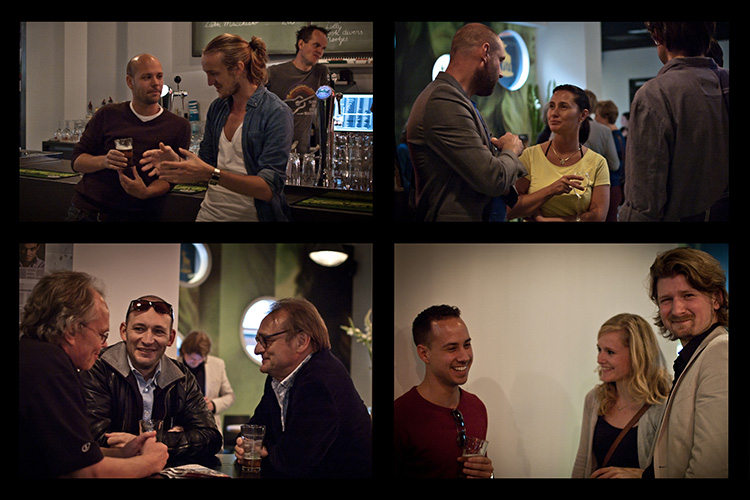 On September 30, 2012, the NCE organized the second edition of its yearly masterclass during the Dutch Film Fesitval in Utrecht, the Netherlands. This year, the guest speaker at the masterclass was renowned French film editor Hervé Schneid, A.C.E. (Delicatessen, Alien: Resurrection and Amélie).

Job ter Burg, NCE joined Hervé on stage and talked with him about his work and his thoughts about film editing, showing various clips of Hervé’s films.

There were 126 participants in the masterclass which Hervé described as “an informal conversation amongst film editors”, as the majority of participants is working in the film editing business. It was a very inspiring day and the NCE would like to express its gratitude to Hervé Schneid for contributing to this great success!