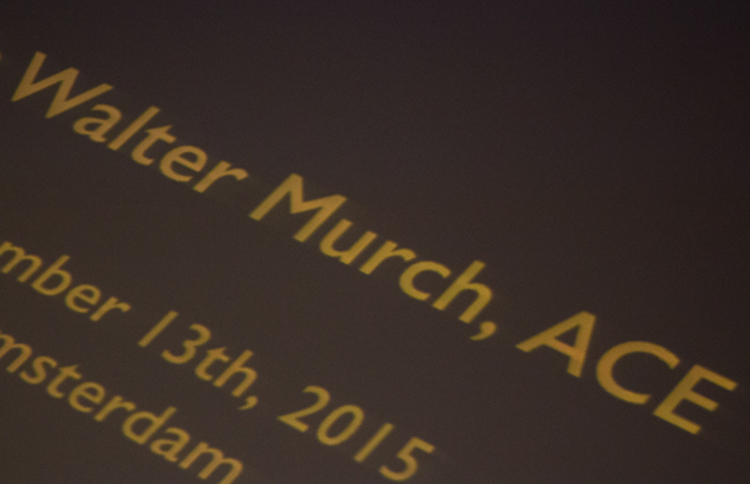 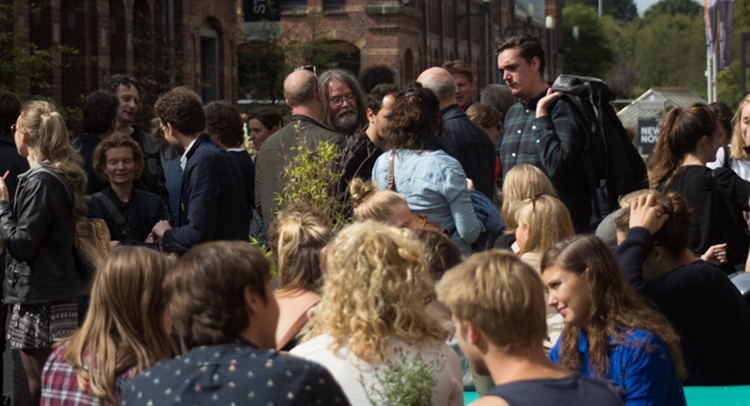 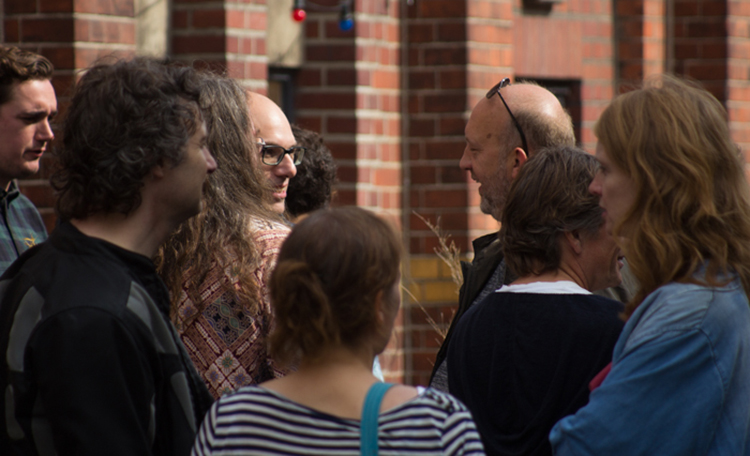 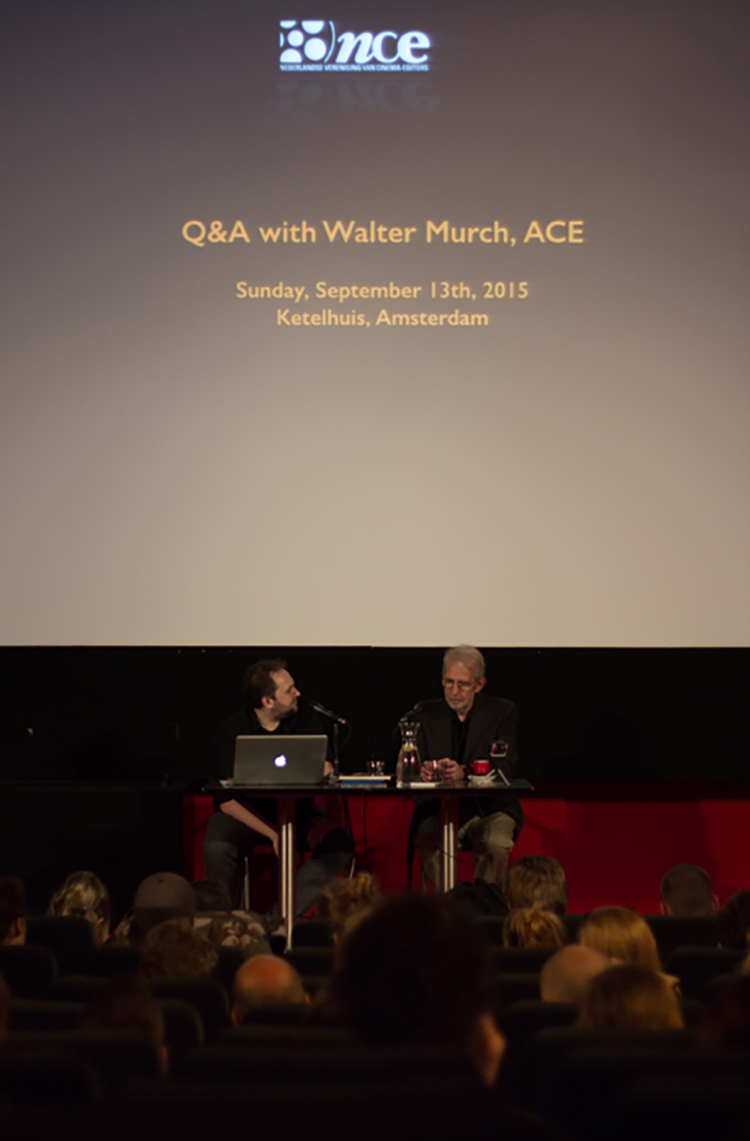 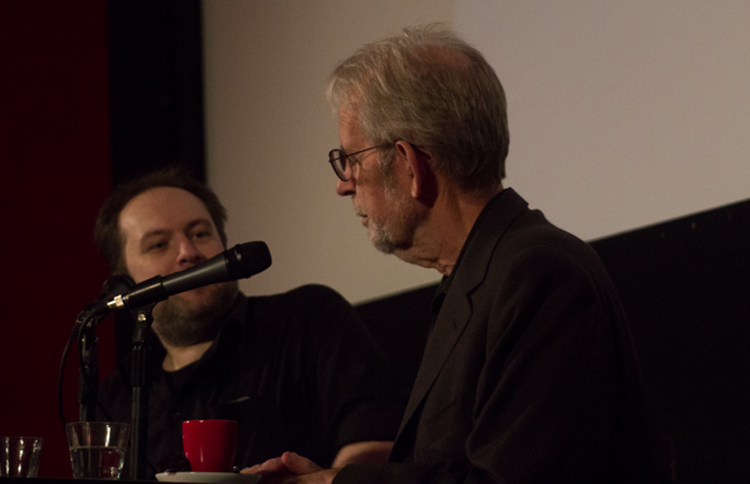 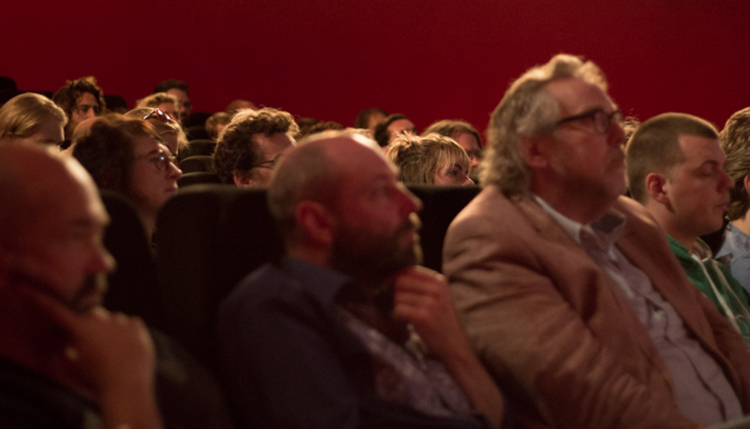 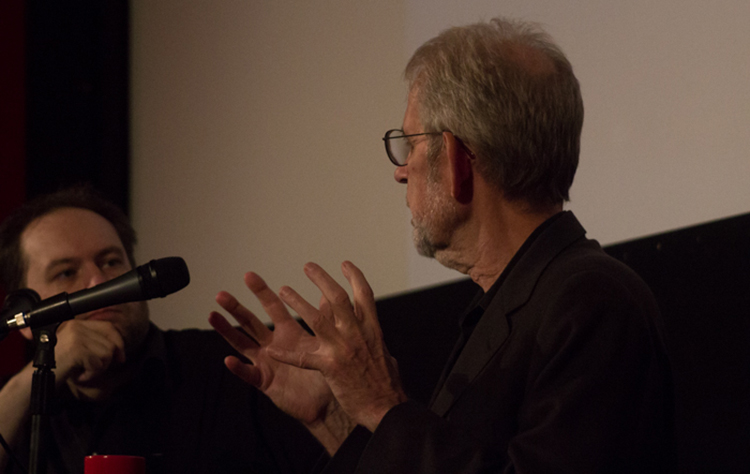 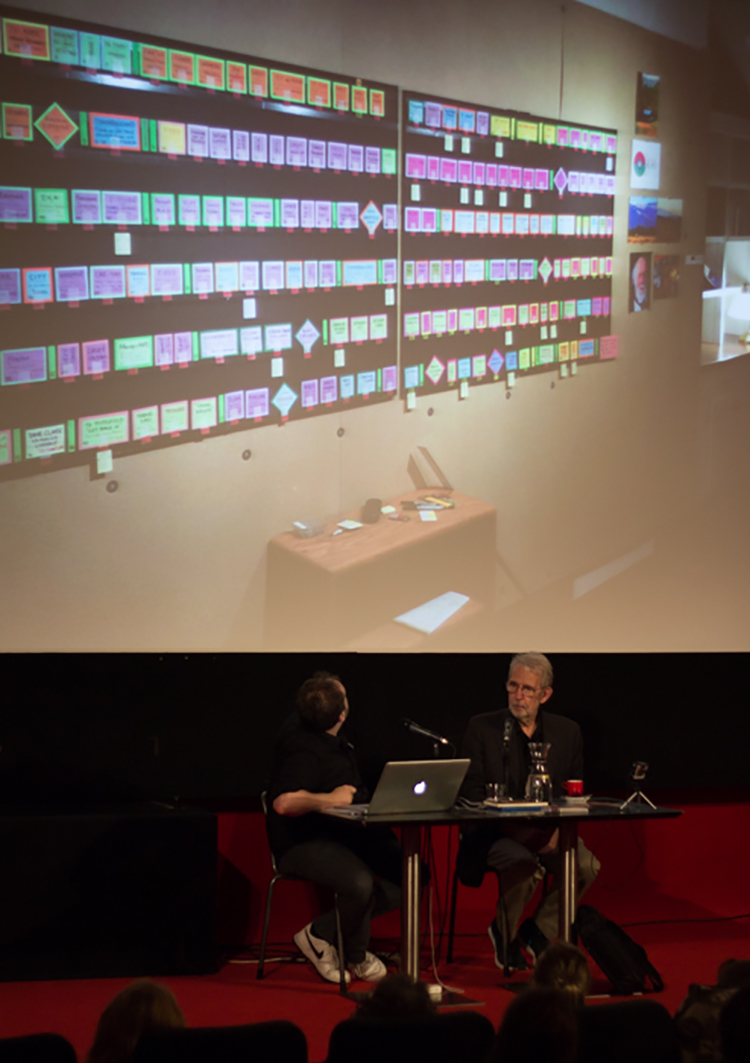 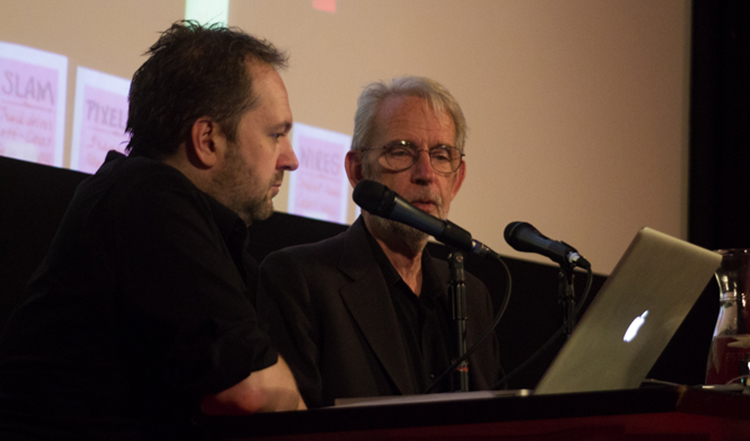 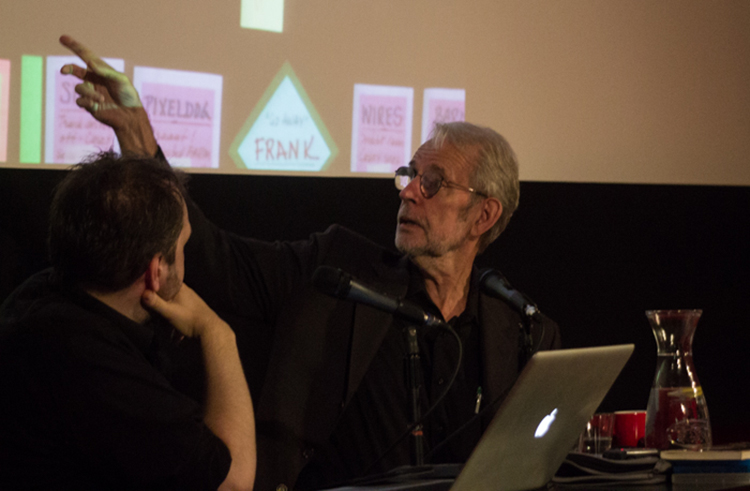 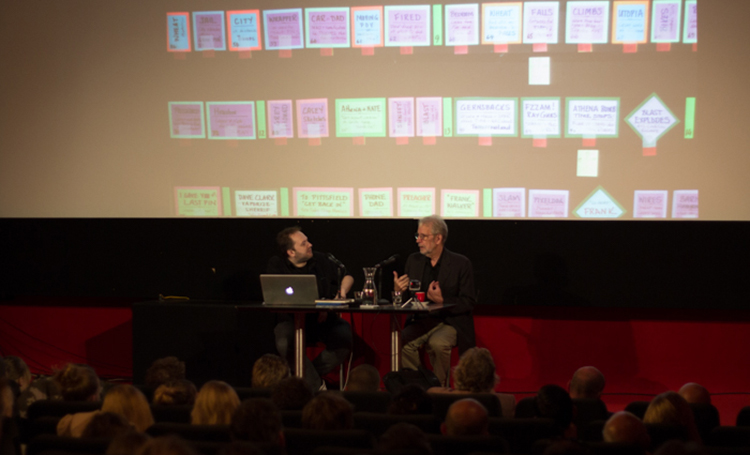 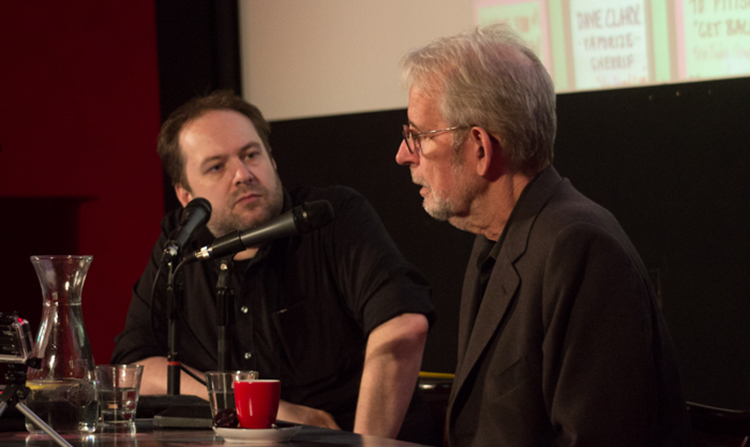 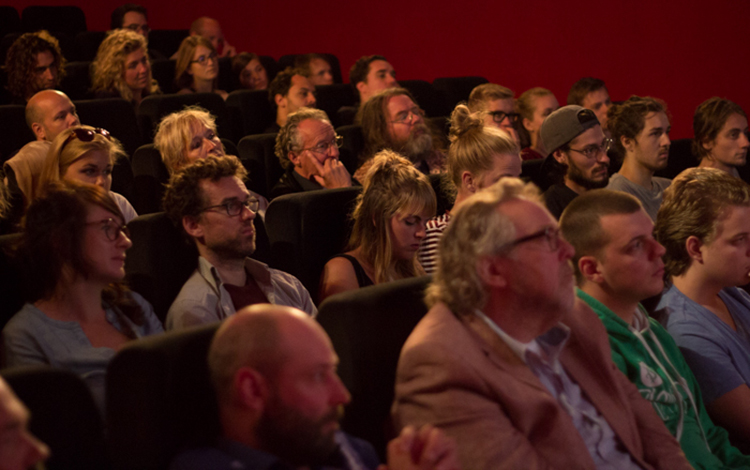 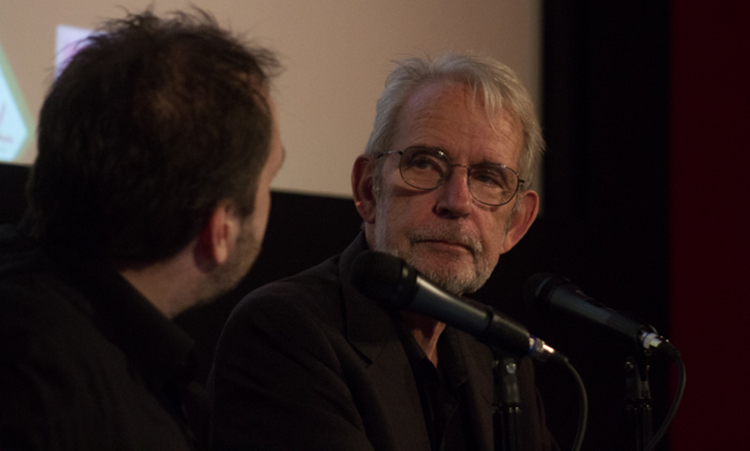 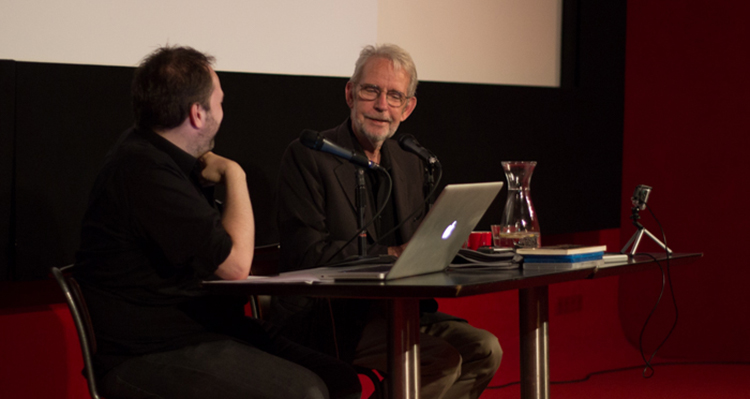 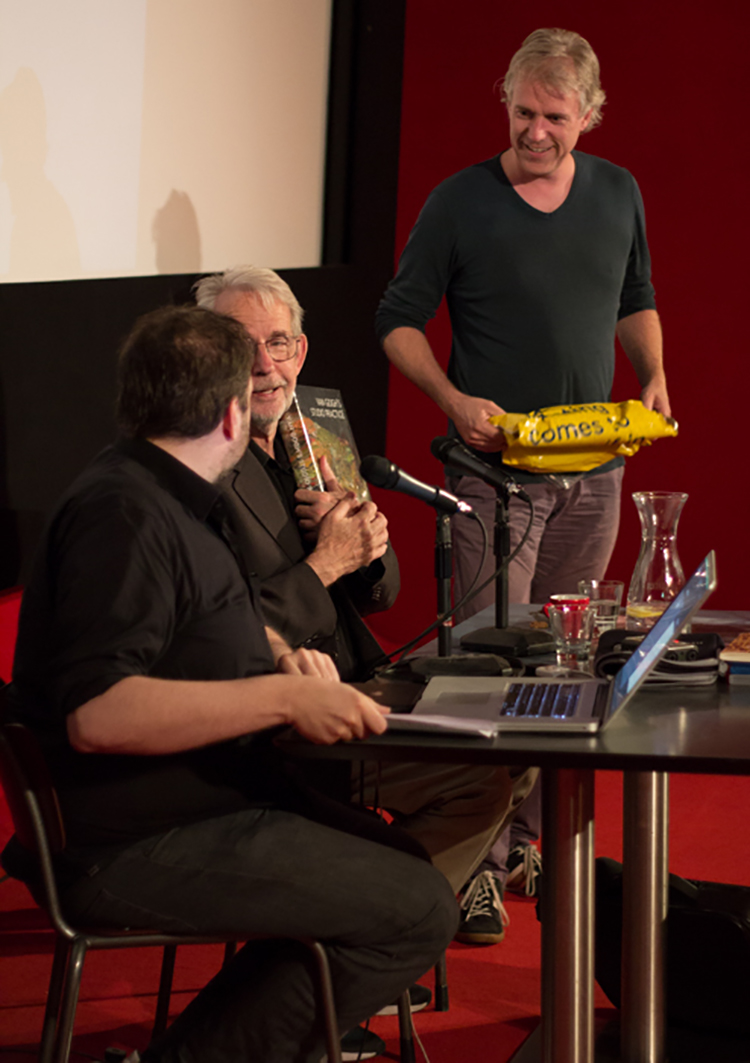 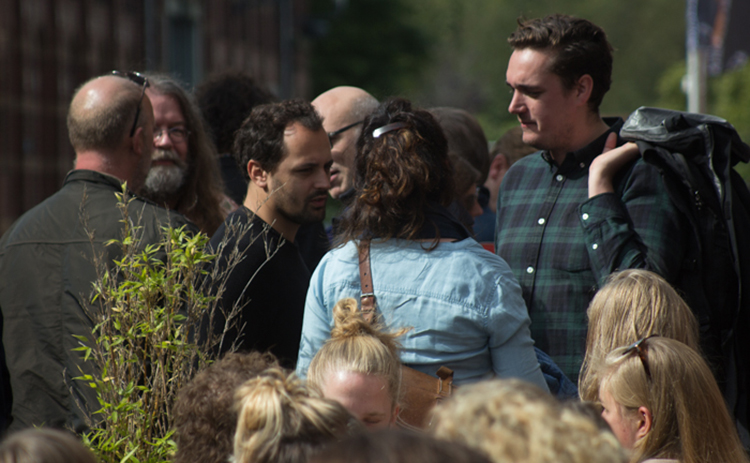 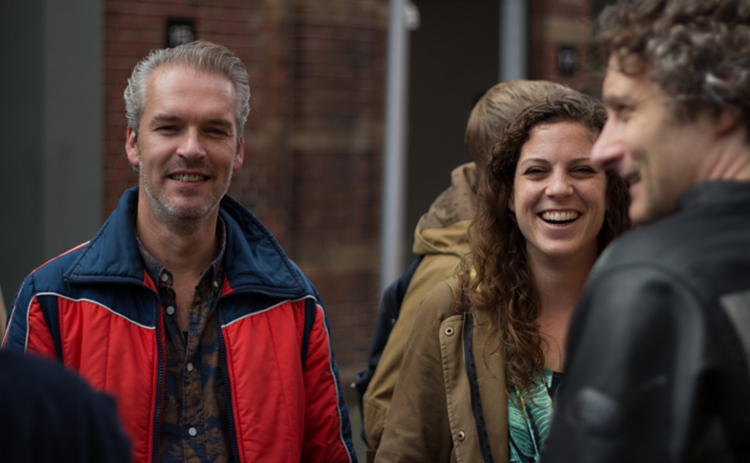 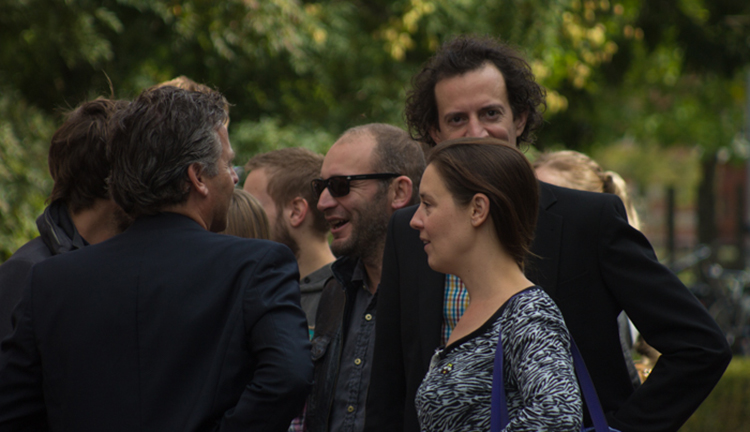 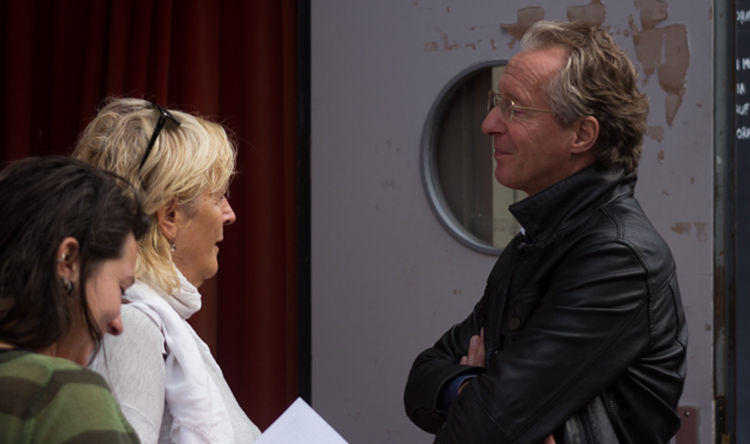 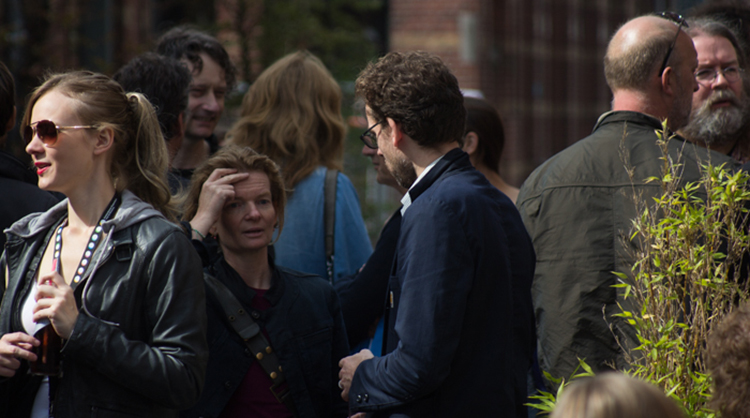 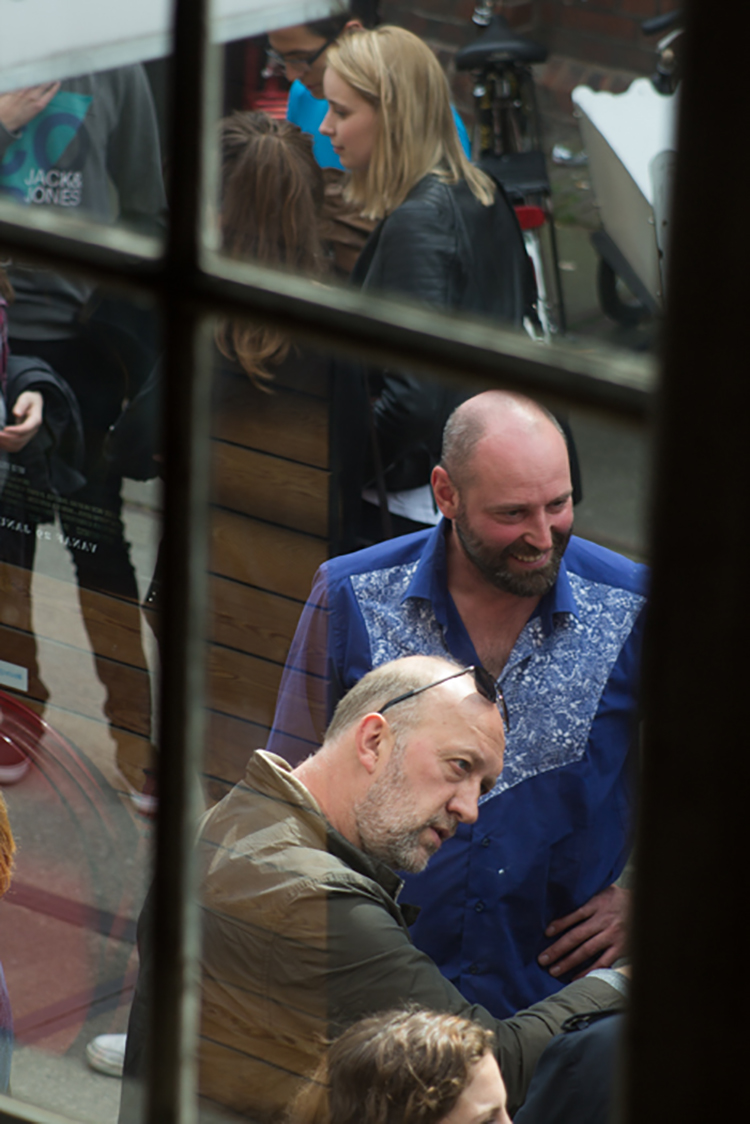 On Sunday, September 13th in cinema Het Ketelhuis in Amsterdam, the NCE organized a unique Q&A session with Walter Murch, ACE — one of the most prominent and sought-after editors on the NCE’s wish list. Notwithstanding his busy schedule, he took the time to engage in an elaborate conversation with our president, Job ter Burg, NCE, answering a variety of questions from the well-filled room.

Murch became a true legend through his longtime collaboration with director Francis Ford Coppola on seminal films like Apocalypse Now, The Conversation and The Godfather trilogy, not only as an editor but also as a re-recording mixer and sound designer. That term was first coined by Murch himself at the time, to describe his contribution to Apocalypse Now, for which he co-invented the now widespread 5.1 sound format – used for the first time ever on that film.

In a lively and inspiring conversation, Murch proved to be a master in storytelling, explaining theories and telling anecdotes, one of which was so juicy that we had to stop recording the session for a moment. Of course his book “In the Blink of an Eye” came up, a standard work on editing and film theory, in which Murch explains his “Rule of Six”, which has been used as a set of principles to approach footage by many editors from all over the world.

When asked about current film sound innovations like Dolby Atmos, Murch warned about the dangers over-using the surround channels, which may all too easily lead to “waking” the audience from their “dream”, or as he called it: the “sleepwalker effect”. On Apocalypse Now, he spent months finding out what types of sound should and should not be sent to the surround channels.

He commented in detail on how he uses his famous index cards system to organize and structure the films he works on from the first reading of the script all the way to picture lock, and he explained his considerations when being offered a project.

Walter Murch has won three Academy Awards, two BAFTA’s and two Eddie Awards, among other things. He visited Amsterdam to give several lectures and presentations during IBC and the 2015 Amsterdam Supermeet. 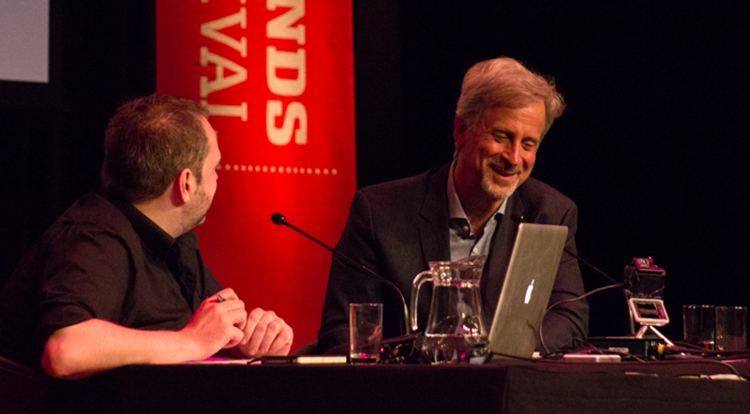